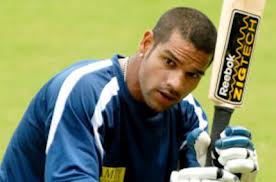 Indian selectors shocked the cricket fraternity (read fans) by doling out a team which had more holes in them, and brought in or retained some who did not merit selection.

Shikhar Dhawan was selected ahead of Gautam Gambhir as a reward to an average Ranji season this year. He scored three centuries while there were a pack of other cricketers who did more than him. His Irani Trophy exploits ended with a duck, on the eve of test selection, and yet he made it to the team.

I am not in favor of retaining Gautam Gambhir but somebody suitable should have been brought in ahead of Dhawan – such as Ajinkya Rahane or CM Gautam. Dhawan’s selection is atrocious to say the least.

Harbhajan Singh replacing Piyush Chawla is a sane decision in light of the former’s exploits against Australia. Bhuvaneshwar Kumar getting onboard in place of Parwinder Awana is good, but could have been better. Agreed that Kumar did well against England in ODIs but look at his record in the Ranji trophy. He has not taken more than 3 wickets in a single inning, and yet he got in. Selectors might argue that he was selected based on his recent form, but the argument does not hold ground as we are talking about tests,which is on the other hemisphere than that of ODIs and T20s.

Other selection horrors included retention of M Vijay and Pragyan Ojha. Their Ranji figures nor their recent form is on their side, yet they walked in like champs. Hard to understand what goes on inside the selection rooms.