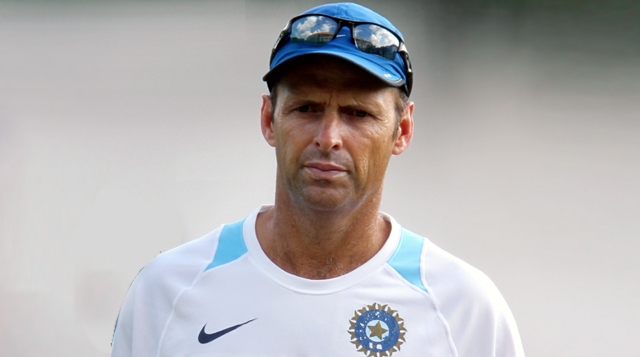 Gary Kirsten is back in India. This time as the Delhi Daredevils coach for the seventh innings of the Indian Premier League (IPL). He confirmed this development to the press today.

“It is indeed a massive privilege to work with the Delhi Daredevils side after having worked with two international sides. I have always maintained that building a quality side is a process and I am looking forward to taking up this new challenge in franchise cricket,” Kirsten said.

There will be no further changes to the Delhi side for the upcoming IPL season – TA Sekar as mentor, Eric Simmons as assistant coach and Pakistani Mushtaq Ahmed as spin coach.

Gary has admitted that Eric Simmons has played broker in the signing as chief coach.

“I was recommended by Mr Simons and after having a chat with the owners, I found them to be good people. My job will be to help the boys perform to the best of their abilities. Also having Simons around helps a lot as we go back a long way and complement each other really well.”

Delhi Daredevils had a torrid run in IPL 6 where they finished eight, bettering Pune Warriors India only. With the new signing, they hope to jump into a new league just as India became champions under Gary Kirsten’s leadership.

Gary’s immediate responsibility would be during the transfer window which opens up later this year. This will be followed by a round of fresh auctions. Gary’s intellect will be put to test even before a single ball is bowled.

Speculations are rife that IPL 7 will be moved out of India as the Indian general elections will hit the country. Five years back due to to the same reason, IPL 2 shifted out to South Africa. This time around, BCCI is eyeing Australia as probable hosts.