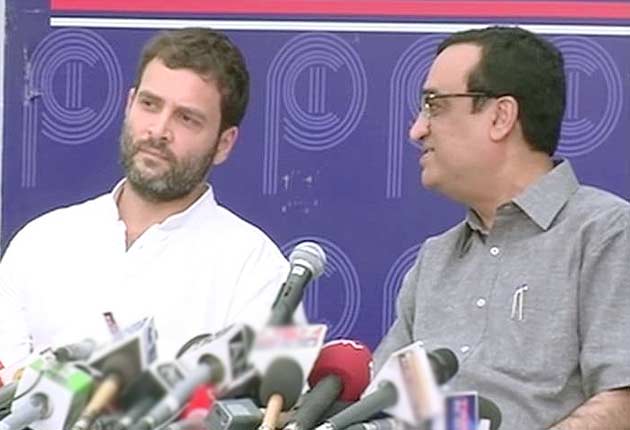 The past few days has been hectic, parleying within and between political systems, the Indian cabinet and the president himself. A lot of talk is going around the word ordinance and the latest news is on Rahul Gandhi, storming into a press session and calling the ordinance nonsense and finally saying that that it was his personal opinion.

What is this ordinance all about?

The Supreme Court of India earlier this year ruled that MPs and MLAs who get convicted of a two year or more jail sentence will lose their seats automatically.

But the Indian constitution states that such persons can appeal to the higher court, and up until their appeal runs its course, their seats are safe and sound.

The Supreme Court contends that a common man, if convicted, cannot throw his hat in the ring in the MLA and MP elections. Then how can a sitting legislator morally hold onto the seat when convicted. Thoughtful indeed.

The Indian government called for an all party meet to discuss on the tiff that the Supreme Court’s decision presented to the existing law. Apparently, as the government claims, BJP agreed to shun the highest court in India and support Congress to pass an ordinance to withhold the existing constitutional law.

The congress government came up with an ordinance and the cabinet passed it too. By this time, the BJP was up in arms, protesting against the safeguard of criminals. There is news from the grapevine that President Pranab Mukherjee advised the government against the ordinance, and felt that it was an opportunity to make Rahul Gandhi a hero, and while Prime Minister Manmohan Singh is scheduled to retire next year, he could take the blame for the blasphemy.

And then the press room barging session by the heir of congress came into play earlier today.

The cabinet’s decision to pass the ordinance has done plenty of damage to the ruling party, and the poster boy’s dramatics will be cherry picked by BJP and other opposition parties on the road to elections.