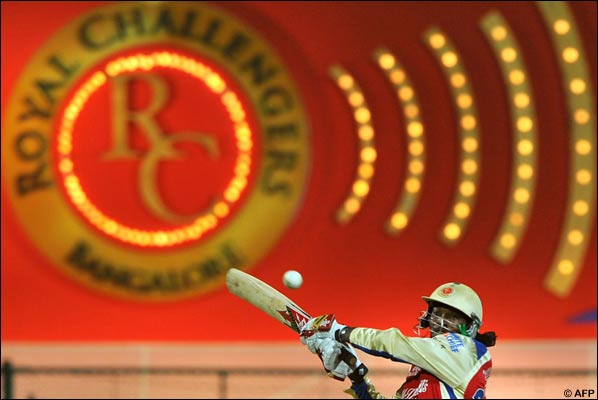 On expected lines, Royal Challengers Bangalore have retained the services of Chris Gayle, AB De Villiers and Virat Kohli for IPL 7. The fans had voted these three in and the team management obliged.

With the retention, RCB purse is down to Rs.30.5 crores from a total of Rs.60 crores that could have been availed if none were retained. 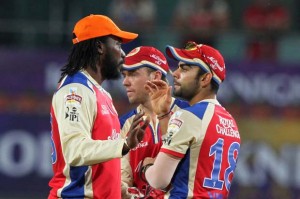 In all fairness, RCB could expect one of these three batsmen to come good on any match day and take the team to a winning position. Plus, Virat has shown that he is doubly capable of leading the team and is a terror on the field, berating fielders, bowlers and the opposition as well. Gayle is a fun character and the dancing giant is a welcome gift to the Bangalore crowds. AB has won the hearts of Bangalore fans as well and is one of the best finishers in the IPL history.

This is what the players had to say about their retention.

AB – “extremely happy to be staying in Bangalore, RCB and Bangalore has a special place in my heart and I look forward to contributing to the Team’s success, come IPL.”

Gayle – “Home Again!! I am happy to be retained by RCB, Looking forward to the love and affection … Bangalore, here I come again and let’s rock!!!!”

Kohli – “I am happy and honoured to be retained by RCB and it’s great to be back to Bangalore, literally my second home now…”

RCB bowlers fared badly in the last season and they have been given the boot. Rampaul and Zaheer were disasters while Vinay and Unadkat were the pick of the bowlers. Spin bowling lacked teeth even with in presence of Vettori and Muralitharan.

Mayank Agarwal was a regular in the previous season but failed to capitalize on the starts. Saurabh Tiwary lacked the power dynamics to make it to this league. And, Dilshan was never in form while he played for RCB.

RCB announced the support staff as well and the big news is that Ray Jennings has been dropped after 3 years at the helm. Surprisingly, Vettori is taking over from him and Venkatesh Prasad has been replaced with Allan Donald who failed to make a mark with the Pune Warriors team in the last season.

The action now shifts to auction on February 12. All the remaining players will put in the auction. Remember that the joker card is not revealed by the teams yet and could hold key to some cheap bagging of talents.