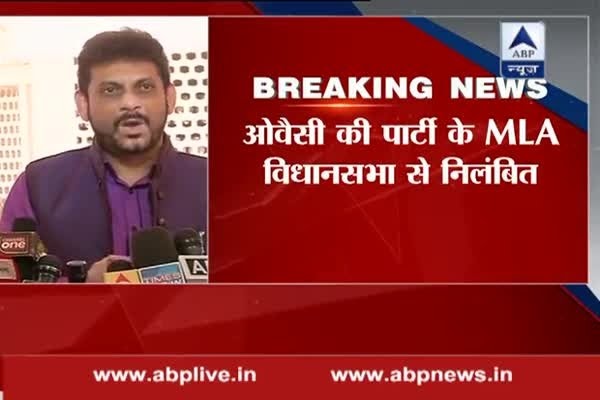 Waris Pathan believes in loyalty to his political boss, the boss who is responsible for handing over tickets, and the person who can possibly elevate him politically.

Wait, this party which we are talking about is only Hyderabad specific, as quoted by Javed Akhtar, it’s a Mohalla party. So, the elevation would be towards the general secretary of this Mohalla party?

Anyway, little did Waris know that he would be kicked out of the Maharashtra assembly for toeing the line of Osaduddin Owaisi.

Politicians from all other parties, spoke in one voice to suspend Waris from the assembly. The speaker acted on the motion, and this necessarily puts him out of mantralaya and he will not be even allowed to get into the premises.

Waris Pathan had said – “We will say ‘Jai Hind’ but not ‘Bharat Mata Ki Jai’ and there cannot be any compulsion.”

To this, MLAs from across the parties unanimously opposed the MLA from AIMIM and demanded an apology. Soon, the demand turned into suspension, which was acceded.

I am happy to note that parties with ideological differences came together when our motherland is facing its worst crisis with people opposing the very spirit she represents. The topic of prasing Bharat mata has revealed the true colors of politicians who are basically wolves in sheep clothing.

Thank you Mohan Bhagwat for raising the slogan, and the need for India to chant it. And to Javed Akhtar for that wonderful retirement speech which shook the curbed patriotic cymbals in us.