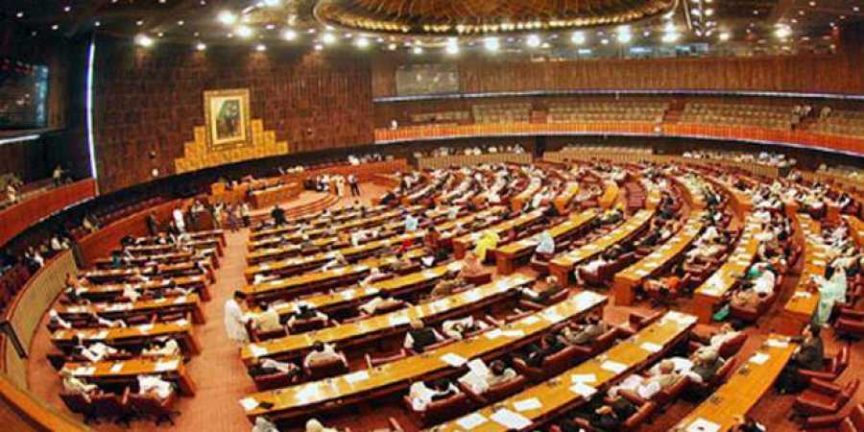 Hearing the chants of Modi in the Indian parliament is a regular occurrence. The last six years, it has reverberated through both the houses in most sessions.

Likewise, you might expect Imran chants in the Pakistan parliament. Not really. He does not come from the elected class nor his popularity reach the fandom in the parliament. Perhaps when he played cricket, he had a few fans in the pews jumping with his name on their lips. No more!

You heard Modi chants as the speaker tried to calm the members.

The sloganeering with Indian PM’s name is sacrilegious in Pakistan and that too in the parliament reeks of the hatred for their own PM, isn’t it.

Not really. Because I asked you to hear the words Modi in the video, you heard it quite clearly. In fact, the members of the house were asking for voting to be conducted. The words they chanted was voting and not Modi. Poor chaps, no matter who the people vote for, the choice of the army becomes the PM, and they don’t get a decent chance to vote on bills. Even there, the puppet government takes matter into its own hands.

Nevertheless, the video in question happened on the 26th of October, 2020. There were murmurs of a debate based on Charlie Hebdo’s Mohammad cartoon. The parliament passed a resolution against it and then they wanted to vote on it, but the government apparently was in no mood for it. You can hear the speaker calming the opposition down.

How many in India would have wished the words indeed were Modi and not voting. The right wing fans would have taken it to the streets celebrating. Why only the right wing, even the opposition Congress would have celebrated saying that the Indian PM is currying Pakistan favors, so they seem to be infatuated by him!