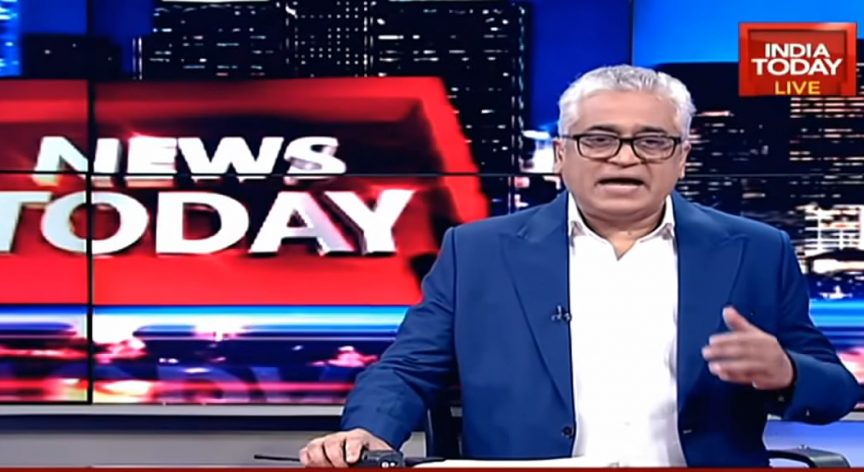 Left wing journalist and the foundation of Lutyens media, Rajdeep Sardesai is in the news for his wrongdoing. The journalist who never ceases to see negativity has been grounded by his employer for his views on Twitter.

Rajdeep was in top gear during the Delhi violence by criminals who roamed the streets and destroyed everything in their wake. While one of the rioters lost his life due to his tractor turning turtle, Rajdeep breathed fire on Twitter.

One person, 45-year-old Navneet, was killed allegedly in police firing at ITO. Farmers tell me: the ‘sacrifice’ will not go in vain.

CCTV footage clearly showed that the cause of death was due to the tractor wreck rather than a bullet being fired. In fact, no bullets were fired during the farmer riots.

Rajdeep Sardesai’s tweet incited more violence and reports suggest that farmers were enraged that their brethren was shot during the riots.

When the CCTV footage was released by the Delhi police, the India Today group acted in a stringent manner against their own by asking him to retract the tweet. What more, Rajdeep was suspended off air for 2 weeks. And, one month salary was docked.

The trouble did not end there for Rajdeep.

The Noida police have filed FIRs under Indian Penal Code sections 124A (sedition), 295A (deliberate and malicious acts, intended to outrage religious feelings of any class by insulting its religion or religious beliefs), 504 (intentional insult with intent to provoke breach of the peace), 506 (criminal intimidation), 34 (Acts done by several persons in furtherance of common intention), 120B (criminal conspiracy), among others.

Rajdeep is not the only one who is facing the charges by the Noida police. Congress politician Shashi Tharoor too is facing similar charges along with five other reporters.

Rajdeep did a U-turn later by tweeting the truth and commending the Delhi police.