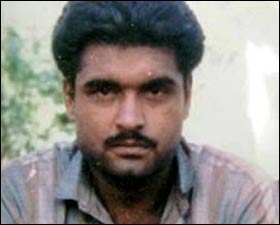 In what could be termed as the first, Pakistan president Asif Ali Zardari has granted presidential pardon to Indian origin convict Sarabjit Singh. This move is seen as a reciprocal response to Khalil Chisti’s release from Rajasthan prison last month.

Sarabjit maintains that he was wrongly convicted of the crime. He urges that it was a case of mistaken identity. He is in prison for the past fourteen years, and was due to be hanged in 2008, but luck seems to have got better of him.

It perhaps appears that Sarabjit has timed the clemency appeal to perfection – soon after Pakistani virologist Chisti was freed by the Indian Supreme Court.

Human rights activist from Pakistan, Ansar Burney who championed the cause of Sarabjit has expressed great satisfaction and has thanked the Pakistani president for the taking a step in the right direction.

The question to ask is whether Zardari is hinting at India to release more Pakistani prisoners from Indian prisons? Is he targeting anybody in particular? Things between the two neighbors are never uncomplicated, with expectations and counter expectations peaking and souring to bring them back to their troughs.