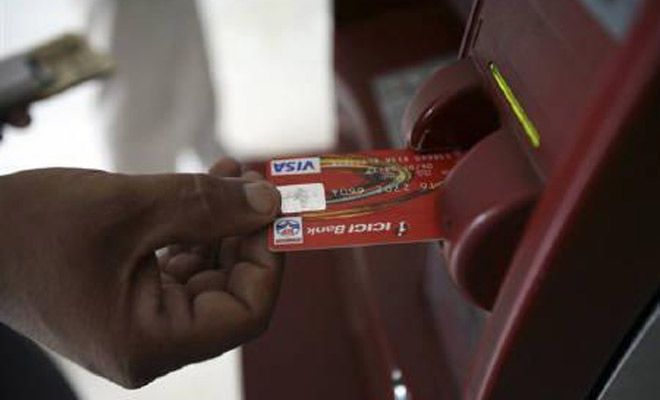 Indian Banks’ Association (IBA) has asked the RBI to increase the transaction charges as there is an additional burden on them providing physical security 24X7.

The problem began in December last year when a woman banker was attacked in a Corporation bank ATM by an armed conman. A rule was passed out to man each and every ATM center with security round the clock. The expenses as claimed by the banks could ring up to Rs.40,000 per month.

The current structure provides customers to use home ATM as many number of times and other ATMs five times a month. The new proposal wants the combined number of transactions to be capped at five. Anything over should be charged at Rs.18 per transaction. The current prevailing rate is Rs.15 month. Plus there are taxes appended to these charges.

Every time a customer transacts with an ATM belonging to another bank, the bank owning the ATM charges the customer’s bank the transaction charge. These charges are not transferred to the customer for five transactions in a month.

Customers have stopped going to the banks to withdraw cash as ATMs are available everywhere. Now with these caps, customers will be forced to get the money from the teller which will burden the banks further. Have they not thought of this? And, the maximum withdrawable limit per transaction from an ATM owned by a different bank varies between Rs.10000 and Rs.20000. If the proposed cap has to be fitted in, perhaps the RBI need to relook at the withdrawable amount as well.

Also, the banks must think outside the box to fund their ATMs. Perhaps venture into on-screen and banner advertising within the ATM kiosks!