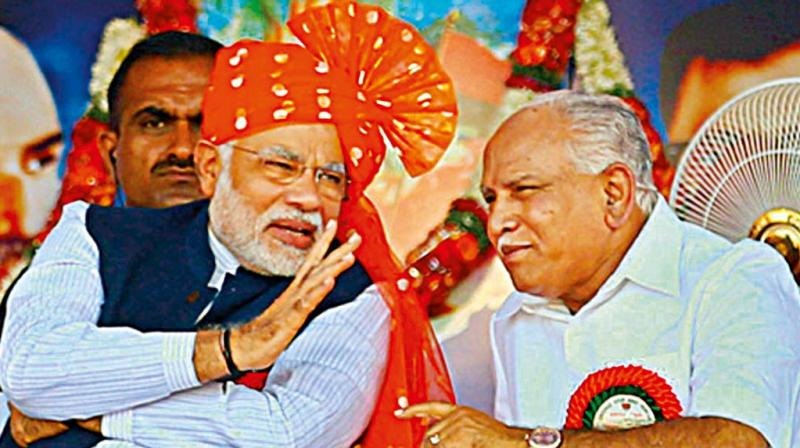 The BJP was outnumbered, rather unscrupulously last year when the Congress and the JD(S) joined hands to take over the management of Karnataka government.

BS Yedyurappa who was the chief minister for a week last year swore to bring down the post-election alliance. He was the master of influencing legislators from other parties to switch loyalties the last time he went shopping. But, this time around, he was hobnobbing with his tail between his legs as the Supreme Court of India cut short the time frame to influence legislators.

All this was in 2018. The year ended as Yedyurappa made claims that this government would fall around the Sankranti festival. On the day of the festival, two independent MLAs withdrew their support for the government and are planning to join hands with the BJP. All the BJP MLAs are holidaying in Gurugram. There’s constant chirps about a certain number of disgruntled Congress MLAs shifting loyalties. The Congress is reverse chirping that the BJP is in fact scared of poaching and have moved their MLAs out of sight.

In this scenario, with three months to go for the general elections, should BJP try to pull a Houdini act to claim the throne of Karnataka?

The facts are that the government at state and the government at the center have been different for the majority of the time. In 1972, when the whole country voted to ebb out Indira Gandhi, Karnataka voted Congress in. When AB Vajpayee became the first prime minister from BJP, Karnataka got another congress government with SM Krishna.

The narration has not changed in the past four decades. So with BS Yedyurappa planning a coup, he is indirectly diminishing Narendra Modi’s chances of becoming the prime minister for the second consecutive term.

The BJP has a choice in front of it. Is it the center or Karnataka. They need to choose wisely.

As the BJP tries to forget the recent failures in Rajasthan, Madhya Pradesh and Chhattisgarh, majorly owing to anti-incumbency, it enjoys being in the opposition during elections in Karnataka.

The Congress-JD (S) government is already unpopular in their year-long tenure having alienating North Karnataka and ignoring the pleads of Bengaluru-eans against a steel bridge. Plus, there are corruption charges where some have been caught red handed with lakhs in their pockets.

Does BJP want to miss the trees for the forests?

BJP is short by a dozen, and the post-poll alliance partners have at least an additional ten in their pockets.

For the BJP to get into the chair, they need to get a number of resignations and force the government out. This does not translate into solid grounds for the BJP. They are on a sticky wicket too, as the majority they might enjoy will be nothing more than wafer thin. And, there is zero guarantee that the resignations would translate into BJP seats. If that does not happen, we may be looking at more embarrassment for the BJP than otherwise.

What is Ideal for the BJP?

The BJP by all means would like to boot the Congress-JD(S) government out. No matter what the citizens’ concerns are, the government in power is always dangerous to electioneering.

When the present government is out, BJP would ideally like to press for dissolution – imagine the exchequer wastes?

If the dissolution happens, it is more than likely that the elections for the state and center will happen simultaneously. This is a happy scenario for the BJP who would like to believe that the Narendra Modi wave will help pull them the state as well.

But remember! The elections of 2014. Odisha voted for Narendra Modi for center and Naveen Patnaik for state quite decisively on both counts. So, if BJP believes that they could be in for a sweet ride in 2019 elections, they might want to rethink about it.