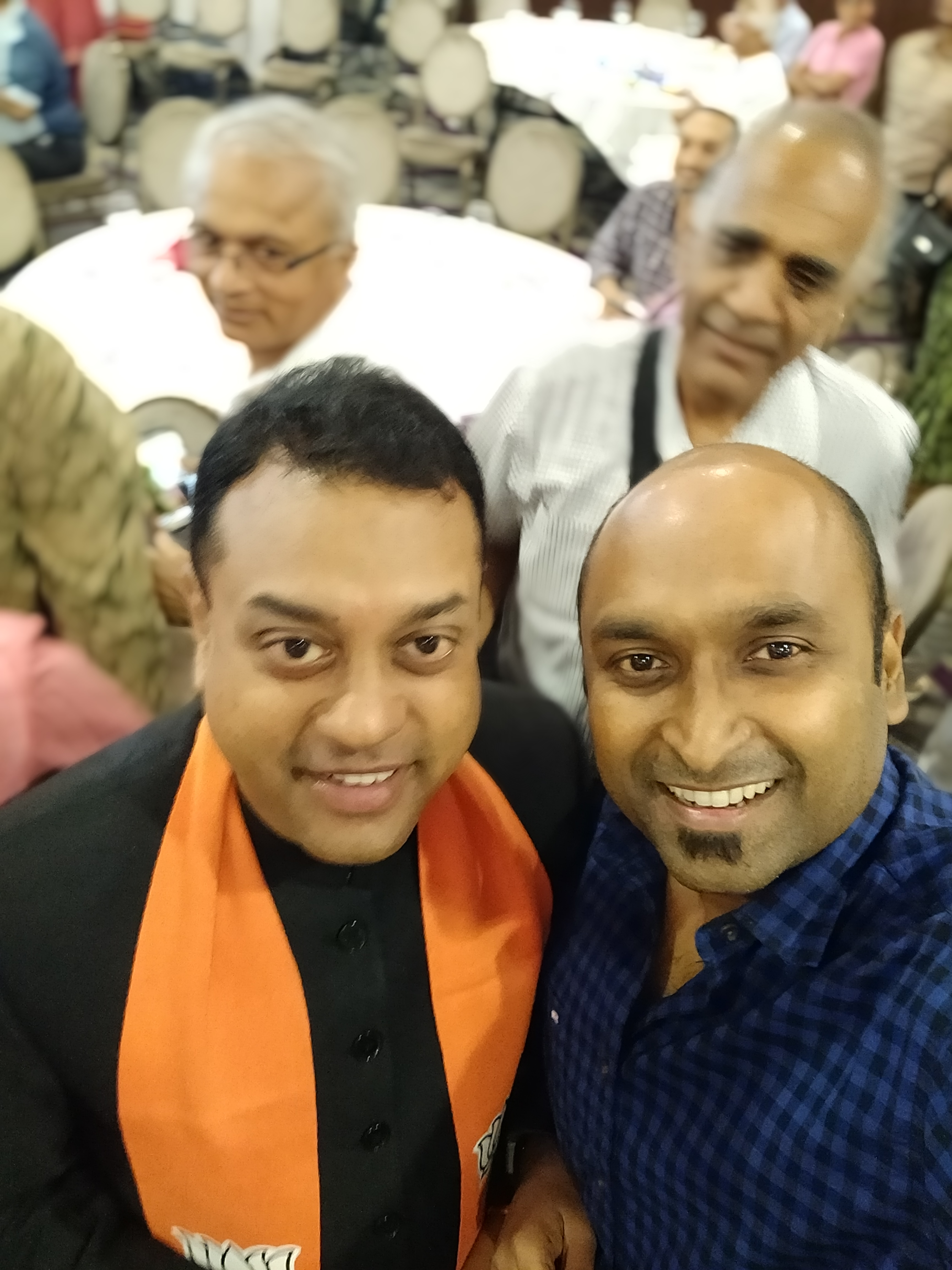 India’s new celebrity are the current day politicians, especially the ones from the BJP, the party that rules India.

The man who has become the English speaking Indian household name after PM Modi and Amit Shah is the national spokesperson Dr. Sambit Patra. His eloquence on TV dwarfs the Congress and Left representatives.

What is better than listening to Dr. Patra on TV is to hear him speak in person. I got this rare opportunity not in India but in London on the 26th of August, 2019.

The Overseas Friends of BJP UK organized a public meeting with Dr. Patra on the topic of article 370 abrogation. About 300 passionate Indians participated and waited patiently for Dr. Patra to arrive (he was delayed by about 30 minutes – I think because of his earlier commitment at Odisha Society UK). The public meeting was dubbed as Arun Jaitely Memorial lecture.

Dr. Patra was greeted by chants of Bharat Mata Ki Jai and Vande Mataram. How euphonious is the sound of praise of India for true Indians!

After paying respects to the departed souls of Arun Jaitley and Sushma Swaraj, Dr. Patra gave an hour long explanation on why it was necessary for article 370 to be abrogated and how it would change the lives of Kashmiris who were living under inferior policies compared to the rest of India. The big list of examples that he quoted which denied them the benefits that the rest of India enjoys were appalling.

The big picture is that the article 370 was a temporary provision. It came into existence not with Kashmir’s annexation but at a later stage as a form of appeasement by the Congress government. Under article 370, Kashmiris were draped with a deceitful vale which in the name of a special status denied the basic rights and benefits that Indians by and large enjoyed. With the abrogation, Kashmiris can now look forward to better lives and move ahead with the rest of Indians, and the beautiful paradise of Kashmir can once again reclaim its lost glory, and develop under the Indian government’s policies.

The audience made up from various parts of India. Even those from Kashmir and those with Kashmiri wives took turns asking questions to Dr. Patra.

I haven’t been part of many public meetings but this one will be etched in my memory. Orators such as Dr. Patra has a better following in terms of quality than the movie stars in my opinion. The pitch and national temper in the room goes beyond the roofs in the vicinity of patriots.