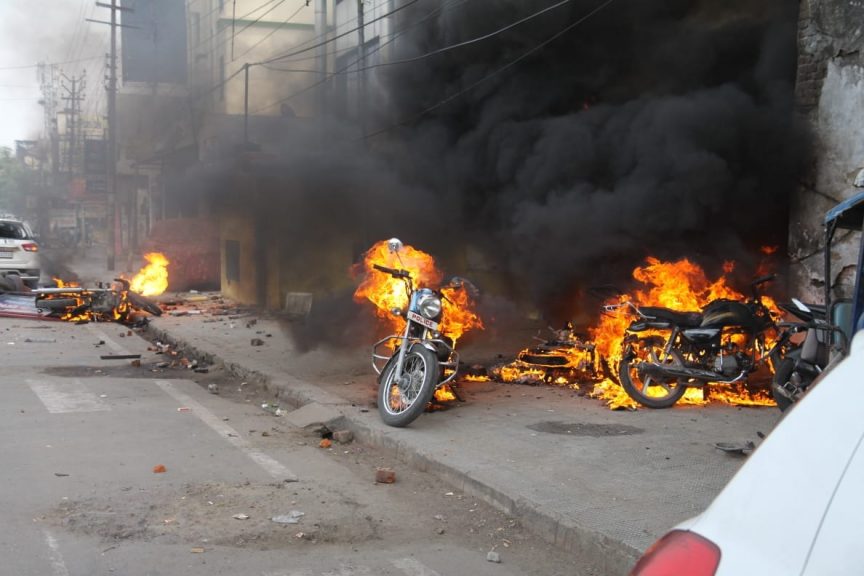 There are people who wait for supposed weak moments to pounce and make it count – no matter what the consequences are. To them, the moment was the citizenship amendment act being a law.

These people are the real villains of India who seek various gains – personal fame, defaming the Modi government, eye on elections and a sadistic pleasure to burn public property and get people killed.

Who are these people? How do they draw the masses and get away with it so easily?

A good majority of the protesters have no clue what they are throwing stones for. They have probably been told that it is fun or paid a good buck to be the irritant. The small majority who have a good clarity on what the act is about still go about their business causing trouble because they know that the Modi government is like a strong fort and hurling stones from various quarters can only bring down the stature, which is a moral victory of sorts. These people who know the ins and outs of the act sacrifice the lives and livelihood of many innocents.

They make this as a Hindu vs Muslim issue rather than an Indian vs Illegal Immigrant. Who would support them with the illegal theory, while putting the dominant caste against a vote bank caste can fetch them fame, seats and realign their status in the political gambit.

The so called students of Jamia Millia Islamia university were asked by reporters about the act and they were absolutely clueless. Why would you beat up a policeman if you don’t even know what you are protesting for and beating up a public servant for.

The left intellectuals of India have once again found a voice on the back of the Jamia violence. They have found their able footing to propagate the non-sense that nobody heard up until now. Why do we need to worry about Pakistan and China when we have these kinds of people living in our own backyards, living next door and breathing the same that we do. An enemy in disguise is far more dangerous than the one brandishing his knife in broad daylight.

To top things, we have an inspired media that covers every bit of the violence despite the government’s pleas to not fan the flame. They love their jobs right now because India is burning and Modi is looking like Darth Vader. They cry over the person who lost his eye while he tried to beat up the cops and not a word of sympathy for the policeman who was beaten mercilessly by a mob of goons in broad daylight. This is our media, the media that instead of being the fourth pillar of democracy is trying to destabilize the calm and peace of the Indian state.

An Uber driver here in London told me that this new law called as CAA was so stupid and so against muslims. I asked him where he got his information from. He named a popular leftist media source. When I probed him further of his knowledge of what the act stood for, he was clueless. Like him, a lot of westerners read the broad print and are seeing Modi and India in this very blemished light. This is a sad state of affairs where the conspiracy of a few has thrown millions’ in India out of gear, and has caused so much hardship that it is never excusable. Just like a solution that assets of protesters be seized and sold to compensate for the losses, the rest of the villains need to brought to justice.