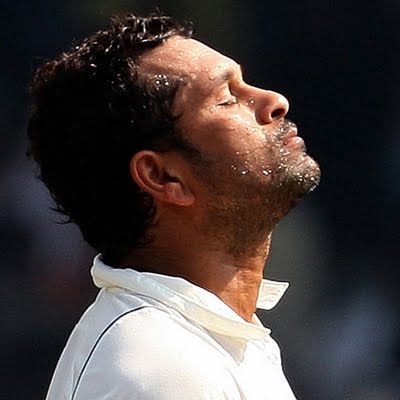 The news of Sachin Tendulkar retiring was not a surprising one, instead, it was a relief to see Sachin finally bid adieu. But, it was from the shortest format of the game that he played – one day cricket. He still intends to play the premier format – test cricket. Alas!

Most former cricketers namely Kapil Dev, Sunil Gavaskar and Ajit Wadekar kept stating that the little master knew when the retire from cricket. The common man, the people who follow cricket passionately, felt otherwise. It was agonizing to see Sachin fall prey to the guile of immature cricketers, and one thing was clear – Sachin Tendulkar did not know when to retire. He wanted to play as long as he was favored in the selection committee.

The selection committee as we know it, don’t like to go by logic. Instead they are ruled by the bosses of BCCI who dictate terms and avoid anti-popular decisions. Dropping Sachin was one of them. Speculations were rife that there was a strong anti-Sachin sentiment in the BCCI which was getting hit by the media for retaining him in the team and more importantly, in the playing eleven. Cheap dismissals in the recent Test series against England was a good showcase of diminishing skills of the once-upon-a-time god. The selection committee made it clear to Tendulkar that going by his present form, it was difficult for them to assure him a place in the team. Tendulkar, who wanted to avoid further embarrassment, called it a day from one day cricket. Did the India cricket chieftans tells him that they would pick him for the Test team against Pakistan? Possible. It is possible that they stuck a deal with him that he gave up one day cricket for him to get a final chance at making hundred hundreds.

In all honesty, everyone who understands cricket, including the selectors know that the days of Tendulkar is over – not now, but at least a couple of years back. Sachin wanted to play and there was nothing that the board could do about it, they simply went by the god like status he carried.

Two recent former cricketers who quit at their own will are Anil Kumble and Rahul Dravid. They knew when to retire, and called it a day when the time was apt. They did not get into the realm of blaspheming their careers like Sachin Tendulkar and Saurav Ganguly did. They retired when they were still invaluable for the Indian cricket team. The board, selectors and most importantly, experts and fans felt the irreplaceable void they created. The way Anil and Rahul went out on a high is the right way to do it. Sachin and Saurav are selfish in a sense to have over played their talents and thereby preventing youngsters from getting a look in.

I hope that Sachin gets his senses back in the next month and a half to call it a day from Test cricket too. There has not been any modern batsman who has played only Test cricket and has excelled in it too. The key to test success is continuous exposure to competitive cricket. Playing only in Test cricket is not the right way going about it, and the nation awaits to bid farewell to the god of Indian cricket to depart decently after seeing him toil for over 23 years.

On a different note, I believe that MS Dhoni as captain is a bad choice. He is still captain, thanks to his IPL owner Srinivasan who runs BCCI as well. It is sad state of affairs to find such personal interests take over, especially when captaincy of a national team is concerned. There is a definite conflict of interest. Srinivasan is set to lose plenty of supporters and sponsors if Dhoni was to be removed. He is a businessman who wants to make his investments work, at the cost of a nation of a billion, who follow cricket over the million gods.