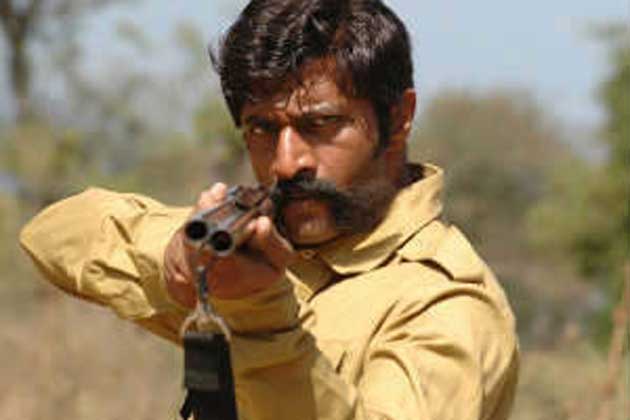 Attahasa is an authentic biopic on forest brigand Veerappan – a must watch movie, even for non-Kannada speakers. The movie captures the life and death of Veerappan with a great level of accuracy.

The movie starts with the final moments of Veerappan and it rolls back to his birth, and how he started off as a hunter. The lessons he learnt as a youngster and the greediness to amass wealth seems to have been the motive behind the choices he made.

Director AMR Ramesh who is known for making movies from real life incidents, such as Cyanide based on Rajiv Gandhi killers has gone great lengths to understand the facts in the life of Veerappan.

The movie is not your typical edge of the seat thriller but it does more than its share to keep your eyes glued onto the atrocities and the comeback by the good guys.

Kishore who plays Veerappan is the star of the movie, ably supported by Arjun Sarja in the role of Vijai Kumar IPS. Other actors have played their part perfectly.

The movie editing and direction needed some fine tuning. At times, the scene jumps like your house cat from one to another. Camera work by Milton is breathtaking with some aerial shots giving us a holistic view of the Western Ghat forests.

Sadly though, some scenes portraying Veerappan’s wife Muthulakshmi have been blurred out. Muthulakshmi sought the court to cut the scenes as they were not based on real life facts. The court reached a compromise and the scenes had to go blur.

Some shortcomings of the movie include missing out of some facts like the financial compensation being paid for Dr.Rajkumar’s release, Veerappan’s demand of making Bangalore as the second capital of Tamil Nadu and the way in which Veerappan’s son died.

Veteran Bollywood actor Suresh Oberoi has taken up the cudgels of Dr. Rajkumar in the movie and the gravity of the most admired person in Karnataka is portrayed well. Although, there is plenty of improvement opportunities in the portrayal, the humorous exchanges between the brigand and actor is like water in the desert.

Interestingly enough, Veerappan’s aides are due to be hanged in the very near future, and the timing of the movie release coincides well enough. The movie gives all of us a perspective on the people who are to meet the hangman and the rooting for death will become more focused and pronounced.

The movie Attahasa is a good one timer. Watch it with your family and recommend it to all the people who were mentally affected by the brigand.