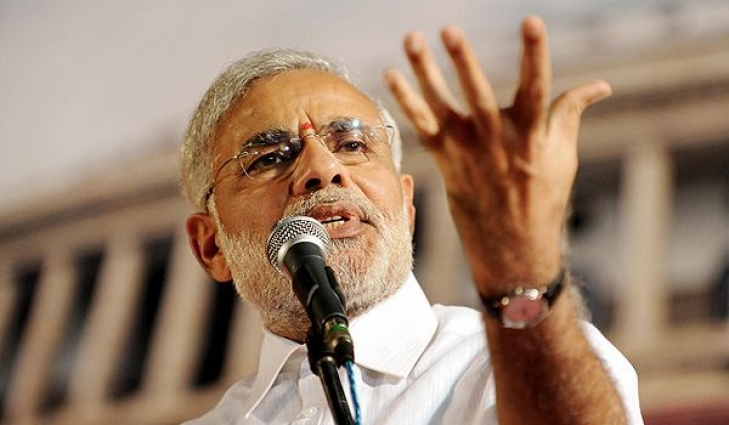 The India Today Group-CVoter Mood of the Nation opinion poll suggests that the Bharatiya Janata Party (BJP) is poised to get 188 lok sabha seats on its own, and a total of 220 seats for NDA.

Congress on the other hand is losing the game. They are getting beaten black and blue, even in states where BJP has no presence. Perhaps Sonia was righting in allowing Rahul Gandhi to slip through the losses by not announcing his candidature for the PM post.

If the elections are to be held now, BJP will bag their highest ever seat count and voting percentage. Their previous best was 182 in 1999. On expected lines, majority of BJP seats are from the Hindi belt.

Congress is losing at all states except for Karnataka and Assam. 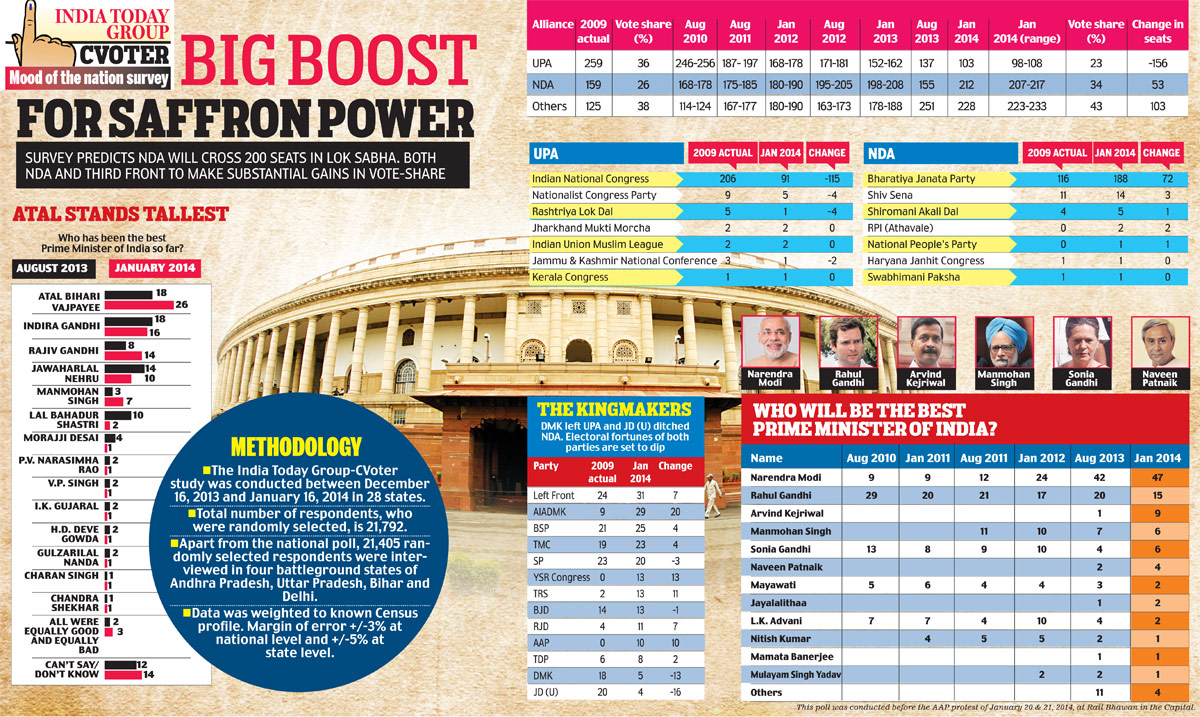 Aam Aadmi Party (AAP), the political child who grew tall abnormally is making a dent in Congress’ and BJP’s vote share. But, it does not eat enough to count as seats. They are expected to get 10 seats and the vote share is 8 percent.

With BJP touted to get around 220 seats, they will still fall short of majority. Post poll alliances will come into play and the likely parties to link with NDA include Mamata’s Trinamool Congress, Jagan’s YSR Congress and Telangana Rashtreeya Samiti. Naveen Patnaik has already announced that he will neither align with the BJP nor the Congress. And BJP will not touch AIADMK after her pulling down the government antics in 1998.

The Congress has not announced any of its alliance partners yet. In fact, UPA could be on the verge of disintegration to avoid bad publicity through alignment with the Congress.

Another three months remain for the elections and in the Indian elections, anything can happen between now and then. AAP has lost considerable credibility in the past month and this opinion poll was gathered before the anarchic antics of the AAP strongman Kejrival. The decision on Telangana could turn tables for Congress and gather huge margins for the YSR Congress, TDP and TRS. BJP’s alliance with MDMK can bear fruit after all down south.