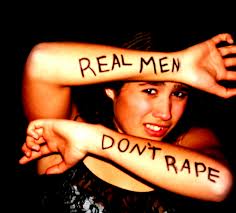 It is perhaps true that Nirbhayas exist in all countries, but rarely do they come out. Even when they do, no group of people can muster courage to go against the government, spend days in sun, fighting tear gas shells, water jets and police torture like the Indians did.

South Africa is the next in line to take the Nirbhaya path, and stand against the government. The trigger was a gangrape on a teenager, where the assailants tore open her stomach until the genitals and left her at the mercy of death at a construction site in Johannesburg.

The doctors who treated this teenager are undergoing trauma counseling after trying to save the girl’s life.

It is claimed that a woman/girl/grandmother is raped every  four minutes in South Africa. As a reminder, Talk Radio 702 sounds a chime every four minutes. The rapes are handed over to month olds and in some cases, nonagenarians aren’t spared either.

Citizen, a leading newspaper states – “Somehow, somewhere there must be a tipping point where society is so convulsed by a collective anger over rape that we begin to turn the tide against this terrible scourge.”

“Each of us needs to ask what we can do to stop this awful trend. And then we must act accordingly. You can help.”

Another paper, Star prints – “Stand up. Speak out. Help us turn this evil around once and for all.”

Rape is a crime that has to be dealt at a national level. Every country needs a Nirbhaya revolution to withstand and bring in changes that can bring in the real equality among genders. Physical castration must be meted out to offenders, and must be done publicly to cite examples to others who are similar in nature.