India will soon have a second timezone, specifically for the north eastern states, with the blessings of the central government of course. The Assam government has passed a legislature paving way for a new timezone, which is advanced by an hour over the Indian Standard Time (IST). The new timezone is likely to be called Assam Standard Timezone (AST).

The IST is centered at Allahabad’s rising and setting of the sun. When the same timezone is applied to Assam and other north eastern states, they lose daylight and it leads to increased consumption of energy, according to the chief minister of Assam, Tarun Gogoi.

During the debate in the legislature, the CM pointed out that the British tea planters had introduced this idea around 150 years back and was later revoked when India became sovereign. 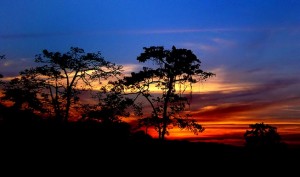 In the north eastern states of India, sun rises as early as 5AM and sets as early as 5PM during the winter season. If they follow IST, then their world starts at around 9AM and the available daylight is in the range of 8 hours, which is not fair considering some of the other Indian states get daylight as much as 12 hours in a day. Shorter the daylight, more the energy consumption as people have to grope for light switches as soon as the sun sets, and keep it turned on for longer durations.

This is perhaps the start of a new timezone revolution in India. The Mumbai region is sure to ask for a different timezone considering that the sun rise and set happens much later than the rest of India. Are we looking at three different timezones in India?