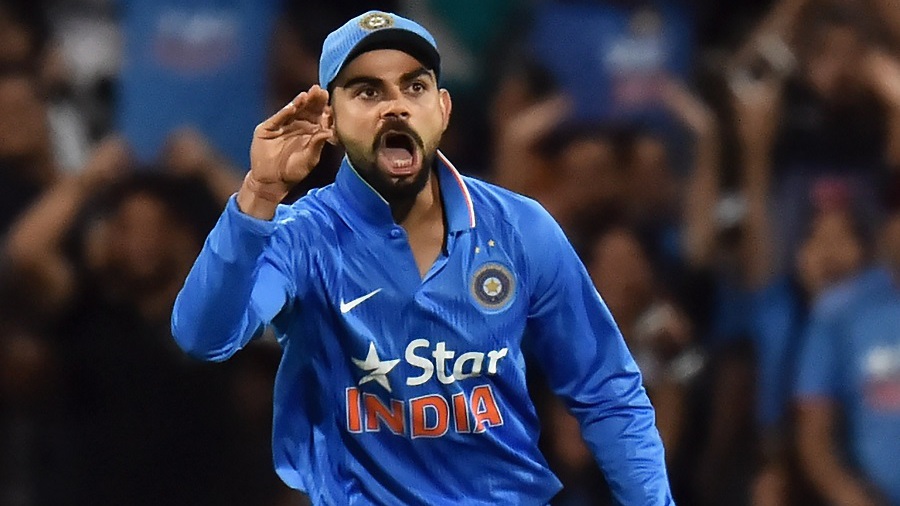 On Sunday, against Australia in a virtual quarter final, India were down in the dumps. The openers had failed yet again. The powerplay overs were seen as too restrictive for the Indian batsmen to take singles. Yuvraj struggled as always. But one man stood his ground, his feet firmly planted, spotting the ball as big as a comet, and waving his wand to send the ball to all corners of the stadium. Virat Kohli, the demi-god of Indian cricket has announced his invincibility status to the world.

Cricket aware audience felt that India probably had an outside chance when Yuvraj went, and the runrate was creeping ever so creepily. Only singles and twos were on offer many a time. Who would have thought that the straight batted Kohli would unfurl more straight bats at the Aussie bowlers to send their deliveries back into the crowds. Who would have thought that Indian would complete a simple victory with five balls to spare. None could believe that the proud cricketing country of Australia would bend their knee to the true masterclass since Don Bradman.

Kohli never threw caution into the winds, never did he go for a cross batted heave which costed his wicket against the Bangladeshi Tigers. He was cool, composed and looked to place the ball and run singles and twos. Yuvraj was probably the only one who hindered his running, not the poor Aussies.

Critics who have played cricket at the highest level compare the RCB captain to Tendulkar. How dare they? Tendulkar was regarded as the god of Indian cricket, but he did not bail India out of tough situations as Kohli did. Tendulkar struggled mentally when he got closer to landmarks. Kohli romps home by skipping on one leg. Compare the records of the two players when India has won, especially while chasing. Well, there is no comparison. Apples to oranges. They cannot be compared.

Whether India win the T20 world cup or not, Dhoni must vacate and make way for the crowning of prince charming. It’s time to see the back of non-performers, which is pretty much the entire team, and make way for the deserving. The time is ripe for the Indian kingdom to be ruled by a warrior who’s par excellence, the supreme commander of world cricket to have a team of his choice, sans Yuvraj of course.

Flintoff could yap all that he wants, compare lowly with average players from the English kindergarten, truth be told, Kohli is insurmountable.

Inspired by @ShekharGupta's #CutTheClutter, I have started a new series #CutTheDigitalClutter. In the first of the series, I unravel GitOps. I hope to do one video a week to start with. Hats off to @ShekharGupta for doing a CTC every day. #Respect

What is GitOps? How is it Different from DevOps? | Cut the Digital Clutter https://youtu.be/r1JznmidUjY via @YouTube #cutthedigitalclutter #gitops #devops