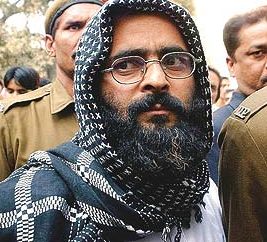 The news of Afzal Guru hanging brought glee this morning. It was a relief to see one of the sought after execution being brought into action. But, there was a certain taint that not-so-political minded ones could smell – the scent of political mileage by the ruling Congress party.

One of the weapons BJP uses (or rather used to) is the back foot play employed by Congress when dealing with terrorists who shared the same religion as their vote bank – read Muslim. BJP is getting into election mode, and has indicated that Narendra Modi would likely be their nominee for the coveted post of the prime minister. And, Modi is known for his blatant attacks on the Congress, especially the non-execution of death sentences.

These executions will definitely blunt the opposition attack, but the damage is done. Common man knows that the ruling Congress party is not a stickler for acting tough. The tough attitude in India died when AB Vajapayee was booted out of the parliament nearly a decade ago. Yet, the Congress can shut the voices that could have possibly done additional damage to its image.

Politics is funny. If you manage to plug one gap, several others open up or get created. BJP will find something else to point, most notably the dynastic politics employed the Congress and the financial plunge India is facing in the past few years.

For now, the hangings will stop. The two men in the opposition’s radar and buried underground (literally), and the President might as well find something else to do other than rejecting mercy pleas.