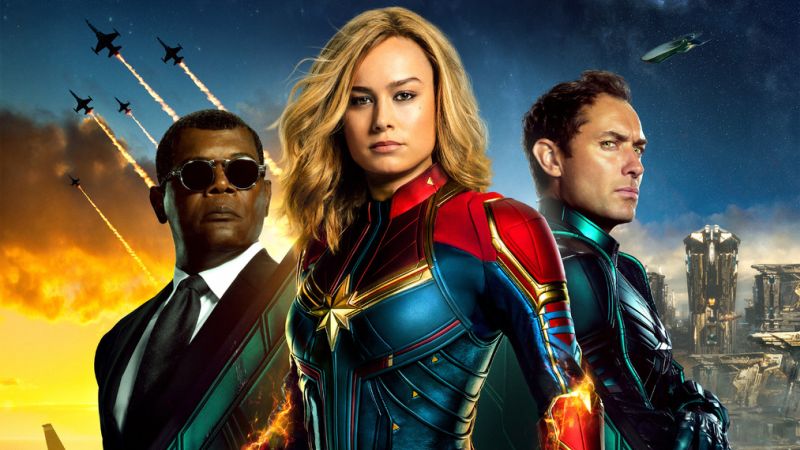 Captain Marvel is a must watch movie for its entertainment quotient. Captain Marvel appears stronger than any of the superheroes we have encountered with no limitations. Does she make a good superhero or a better opponent to Thanos? Rating: 3.5/5.

Marvel Cinematic Universe’s (MCU) Captain Marvel was highly anticipated, the reason not entirely resonating on a new superhero introduction but a major clue it was going to offer for the final instalment of the Avengers series – Avengers: End Game.

Captain Marvel is an enjoyable experience, the 124 minutes of action was absorbing and people in the theatre hardly had time to check their phones during the movie.

MCU’s first movie with a female lead couldn’t have timed better, releasing around this year’s women’s day and bringing on probably the strongest superhero of recent times.

The 3D technology employed is one of the best that I have seen and this is a movie that will be dearly missed if viewed in a standard 2D format.

Captain Marvel aka Carol Susan Jane Danvers (Vers) has a past that she can recollect. She is an emotional mess and finds it tough to control her powers – similar to Umbrella Academy’s Vanya Hargreeves.

The movie starts Vers’ journey from fighting an intergalactic terrorist group and lands on Earth. Enter Fury. The movie takes its own discourse with twists and turns and although the end can be predicted, it is one hell of a joyride.

Brie Larson as Captain Marvel is simply stunning and she looks fit and strong to take on the protagonist’s role. To me, Captain Marvel can possibly do anything from fighting off spaceships and missiles without a sweat. Even Superman would have had a hard time stopping some of those. He had a weakness in Krypton but Captain Marvel does not seem to have any. So it begs the question whether a superhero who is god-like without any weaknesses can sustain for long? Although we love superheroes, balance with the enemy is most crucial. But in Captain Marvel, you have somebody who outmatches enemies just by a flick of her hands. Maybe she is the one needed to fight Thanos in the Avengers: End Game movie.

Samuel L Jackson as Nick Fury has been de-aged to look a lot younger and the graphic designers have indeed done one hell of a job. He brings in comic relief and is the soul of the movie.

I saved the best for the last. The most catchy part of the movie is its inference to the computers, internet connectivity and communication devices of the 1990s. The terrible load times and loss of internet connectivity is something we have all experienced and watching it on screen after twenty odd years brings back some long forgotten memories.

Captain Marvel is a movie to watch and savor every moment. Apart from the final Avengers movie, I am not sure if Captain Marvel is going to make further appearances in the MCU, but enjoy the ride while it lasts.